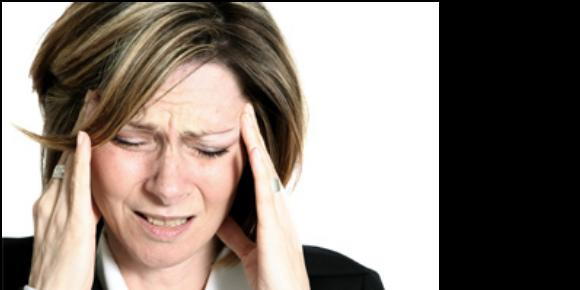 Migraine sufferers have to endure a pain that is recurring, severe and can last up to 72 hours. Warning signs such as an “aura”, which is a type of visual disturbance, and nausea, sometimes accompany migraines. Many sufferers find that conventional medicine and prescription drugs offer little relief from their condition, and many are turning to alternatives methods of treatment in order to manage the pain. One such alternative is chiropractic treatment.

Chiropractic treatment focuses on aiding numerous health issues through myofascial release, spinal manipulation and adjustment of the body’s soft tissues and joints, predominantly in the neck and back. I have personally had great success with treating people with migraines as well as other types of headaches. The treatments have helped stave off impending migraine headaches and reduce the pain levels and frequency when they do occur.

In February 2000, a study published by Dr. Tuchin et al. [1] cited the possible benefits of chiropractic treatment in alleviating or easing both the pain and frequency of recurring migraines. The study used a sample of 127 migraine patients, all of whom suffered from at least one migraine per month; this sample was divided into two groups – one control group who received inactive treatment, while the other group received chiropractic treatment, focusing on aligning and treating specific areas of vertebral swelling and misalignment. The study concluded that those who received chiropractic treatment experienced subsequent improvement in the duration of the study, showing reduced pain and frequency of their migraines within two months of treatment. The latter group also reported a decline in the need of migraine medications. Further results from the same study found that one in five sufferers from the chiropractic treatment group had a 90% reduction of migraine frequency, while 50% found significant improvement in the severity of their migraines.

More recent studies conducted by R. Bryans et al. published in 2011 [2], concluded that chiropractic care, including spinal manipulation, were found to improve both cerviocogenic headaches as well as migraines. A systematic literature search on controlled clinical trials on the topic of migraines and headaches involving chiropractic treatment, published through August 2009, was conducted using a selection of medical and alternative therapy databases. Research found that chiropractic treatments such as spinal manipulation and massage could significantly help patients who suffer from chronic or episodic migraines, whereas sufferers of tension-type headaches did not respond to such treatment. (note, I have personally found that many people with tension type headaches respond favorably to Chiropractic treatment).

While using alternative methods of treatment such as chiropractic care can help sufferers to gain more control over their migraines, it should be treated as another form of support or extra help, instead of completely overlooking conventional medical care.