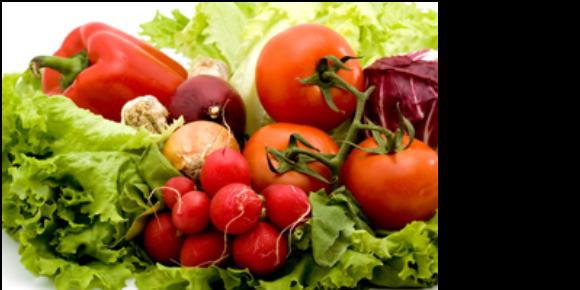 There can be a major difference in the nutrition of the vegetables you eat, depending on what form you eat them in. The vegetables supplying the most nutrients are generally the ones that are the freshest and least processed. Now what does that mean?

The nutrients in any vegetable begin to deteriorate as soon as it’s harvested, including those all-important cancer-fighting antioxidants. The sooner a vegetable is eaten after it’s picked, the more nutrients it has. Having a home garden is ideal, as you can simply walk out your door, pick what you need and plop it straight into the cooking pot or salad bowl. Of course, not everyone has the space or time for a garden, so what’s the next best thing?

If you have a nearby farmers’ market, the veggies from there are usually grown locally and are generally fresher than what you can get at the supermarket. Barring that, the next best choice is, surprisingly, frozen vegetables.

What most people don’t know is that frozen food can often be more nutritious for you than fresh, especially if the fresh variety has been transported over a long distance. If you’re living in New York and are eating fresh peas grown in California, those peas have endured a number of days in a truck before arriving at your market.

Also, any sugars in the vegetable begin to convert to starch from the moment it’s picked, which is why freshly picked corn straight from the farm is so much sweeter than the kind that’s been sitting in the supermarket for a few days. However, frozen peas and many other vegetables are generally flash frozen on the spot where they are harvested, preserving those nutrients.

Cooked vegetables are generally not as nutritious as raw, though if you do cook them be sure to do it only long enough make them tender. The longer they cook, the greater the nutrient loss. There are, however, some exceptions. Tomatoes, for example, provide greater amounts of lycopene when they are cooked than when eaten raw. Cooking breaks down the plant’s cell walls, releasing greater amounts of nutrients. Zucchini, carrots and broccoli are best eaten cooked for this reason.

Canned vegetables are generally lowest in nutrients, as so many vitamins are lost in processing under high heat. The water-soluble vitamins B and C and polyphenols are easily lost when canned or boiled. Researchers at the University of California found that between 85 and 95 percent of the vitamin C in canned peas and carrots were lost in processing. The vegetables containing fat-soluble vitamins such as A, D E and K can be steamed or boiled, however, without losing a great amount of nutrients.

Raw vegetables are generally best, but if you find eating raw veggies unappealing to the point where you avoid them, it’s fine to eat them lightly cooked. Better to get some healthy nutrients than none at all!